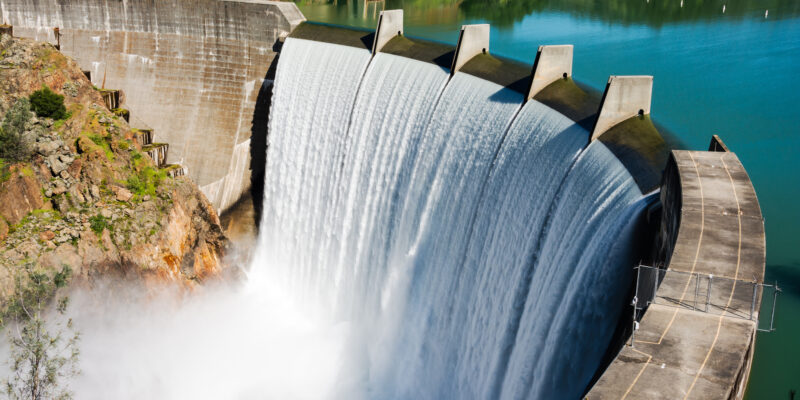 The U.S. is, undoubtedly, entering an era of widespread renewable energy. In 2020, renewable energy accounted for 12% of the total U.S. energy consumption, a record-setting high. But while wind and solar power options continue to get a lot of press, these aren’t the only renewable power sources at our disposal. August 24th is Hydropower Day, a day dedicated to celebrating one of the oldest sources of power in human history. Learn how hydropower continues to be a viable option for sustainable energy!

A longstanding history of success

Humans have used water as an energy source for thousands of years. The ancient Greeks are referenced as some of the earliest users of the water wheel, a paddled wheel that rotates using flowing water. Our earliest civilizations used hydropower to grind wheat, irrigate crops, and break ore. Mechanical hydropower flourished throughout Europe, Asia, and the New World during the Age of Enlightenment, with hydropower being widely used for milling and pumping.

ECI’s no stranger to hydropower designs. Our staff has provided engineering on numerous hydropower projects throughout the U.S. Our Cumberland, Maine team are masters in hydroelectric automation and integration services, servicing and updating some of the largest hydroelectric plants in the nation. Recently, ECI has completed substation and transmission designs to service new hydropower plants in Washington state. In addition to designs, ECI’s served as Owner’s Engineer to new plants, reviewing sitewide electrical drawings, as well as conducted troubleshooting testing and settings development to ensure that plant facilities are running smoothly.

A longstanding history of success, combined with new innovations – that’s hydropower, and that’s ECI. Contact us today about your next hydropower project!